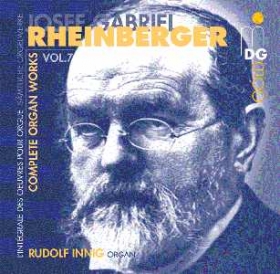 With the 12 Character Pieces Rheinberger for the first time presented shorter organ pieces not strongly marked by styling typical of the organ. In this respect they stand in contrast to the Trios op. 49 and their compositional technique specific to the organ and the Fughette in the Stric Style op. 123, which are emphatic in their foreground placement of contrapuntal devices. Prior to this time character pieces had mainly been written for the piano (Schumann) or for various chamber constellations. However, as we have observed, Rheinberger increasingly endowed the middle movements of his sonatas with characterizing titles, which is perhaps why he did not find it difficult to abandon the title »Prelude Book.« B. Appel rightly points to the fact that the employment of characterizing superscriptions »in art-keen discourse, in contrast to the abstract opus number, [enables] the cogent naming of a piece and at the same time [offers] a sort of key to understanding for performers, listeners, and critics. In this respect the interest of composers, publishers, and recipients met in the titled character pieces of the nineteenth century« (MGG, »Charakterstück« article). (Dr. Irmlind Capelle)

“Rudolf Innig has a very good sense of expressiveness and his use of rubato is well handled. He gives appropriate space to the acoustics and his performances are very well. The Kuhn organ chosen for this recording is appropriate for this music. Its case is quite imaginative, its reeds sound powerful, the flute tones are warm and the pedal department has some nice string stops combined with powerful 32’, 16’, and 8’ principals.” (Classical Music Web, 2003)

“The Kuhn organ in the church of St. Johann in Schaffhausen, built in 1879 and enlarged in 1990, makes a variety of wonderful late – romantic German sounds, thoroughly explored in this CD. Innig’s convincing performances are backed up by a pleasingly well – detailed set of booklet notes that also give the exact registration for each movement. A disc squarely at the organ buff – market, therefore, but also a worthwhile purchase for the casual – listener.” Cathedral Music, 2003)